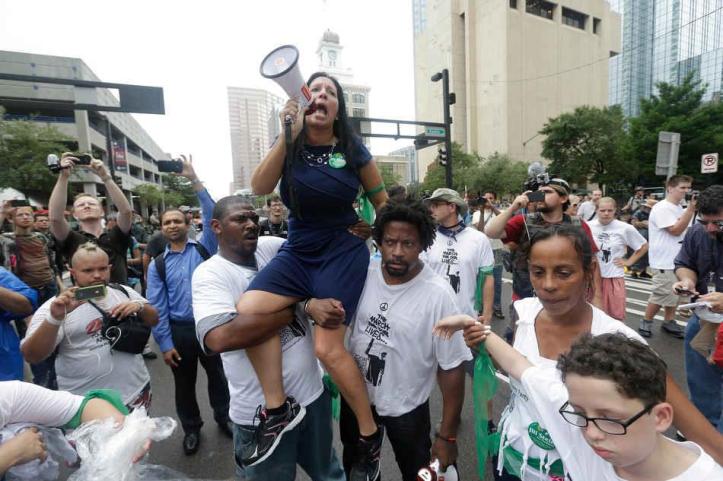 Green Party Vice Presidential candidate and Homeless Advocate will be in the Bay Area this weekend from Sunday October 21 to Monday October 22nd. She will be participating at events in the community and at a community college in various parts of the Region.

SUNDAY: Cheri Honkala will be at Silicon Valley De-Bug (http://www.siliconvalleydebug.com) in San Jose from 6pm-9pm. She will be joined by Hip Hop artists and community educators DLabrie (http://www.dlabrie.com) and Rahman Jamaal of Rondavoux Records, and the Metfizix.

MONDAY: Cheri Honkala will start the day at De Anza college in Cupertino where she will be speaking at a really for Voter Awareness month. Following this, she will be in Oakland at the screening of Brooklyn Castle being hosted by the Hip Hop Chess Federation and Youth Uprising in Oakland from 4 – 5 pm. She will then be participating on a panel discussion in San Francisco hosted by Davey D at a location yet to be determined. Cheri will be concluding her trip in Berkeley at the headquarters of Green Mayoral Candidate and founder of UC Berkley students for Hip Hop, Kahlil Jacobs Fantauzzi from 7pm-9:30 pm.

Honkala is National Coordinator for the Poor People’s Economic Human Rights Campaign, one of the country’s largest multi-racial, inter-generational movements led by the poor and homeless. Compelled by her own experience as a homeless, single mom, Honkala has spent nearly three decades working directly alongside the poor to build the movement to end poverty, and has organized tens of thousands of people to take action via marches, demonstrations and tent cities.

You can get all the information on the tour at http://www.jillstein.org